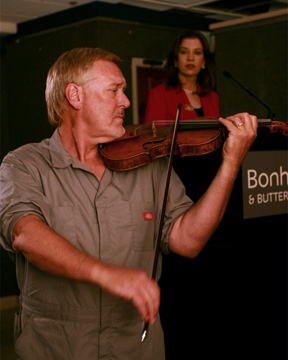 Sid Page is an American violinist who has been active since the late 1960s. He became a member of Dan Hicks & his Hot Licks, replacing violinist David LaFlamme. He was also at one time a member of Sly & The Family Stone from 1973 to 1974, and played on the 1974 album Small Talk. He has also worked with Stevie Wonder, Cher, Van Morrison, George Benson, Joe Cocker, Richard Thompson, Jerry Garcia, Harry Connick Jr., Suzy Bogguss, J.J. Cale, Cheap Trick, Grover Washington, Violent Femmes, Lynn Anderson, and Suzanne Vega.

Otter Point on The Sounds of Acadia by Various Artists

Black Woods on The Sounds of Acadia by Various Artists