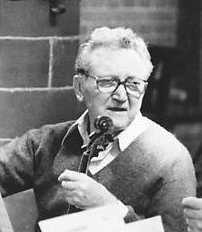 Sidney Sax (1913–2005) was a leading violinist in London's session musician circles. In addition to being an eminent and influential orchestral leader he was also contractor, 'fixing' the personnel for recording sessions. In 1964 he was the joint founder of the National Philharmonic Orchestra, London together with Charles Gerhardt.

None but the Lonely Heart, Op. 6 on 300 Minutes of Classical Chillout by Various Artists

Much ado about nothing - Incidental Music: Intermezzo (Garden Scene) on Violin Meditations by Various Artists

Thaïs: Meditation on The Classical Sound of Paris by Various Artists

Nocturne in E Minor, Op. 72, No. 1 (Arranged for Violin and Piano) on Reader's Digest Classical Collection: Nocturnes by Various Artists

The Blue Danube on 20 Golden Instrumental Hits by Various Artists

Holiday For Strings on 20 Golden Instrumental Hits by Various Artists