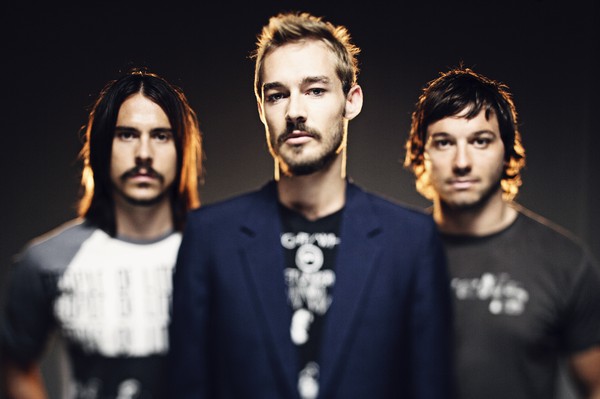 Silverchair were an Australian rock band, which formed in 1992 as Innocent Criminals in Merewether, Newcastle with the line-up of Ben Gillies on drums, Daniel Johns on vocals and guitars, and Chris Joannou on bass guitar. The group got their big break in mid-1994 when they won a national demo competition conducted by SBS TV show Nomad and ABC radio station, Triple J. The band were signed by Murmur, and were successful on the Australian and international rock stages.

Tomorrow on Frogstomp [Remastered] by Silverchair

Freak on Freak Show by Silverchair

Tomorrow on The Best Of - Volume One by Silverchair

Miss You Love on Neon Ballroom by Silverchair

Anthem for the Year 2000 on Neon Ballroom by Silverchair