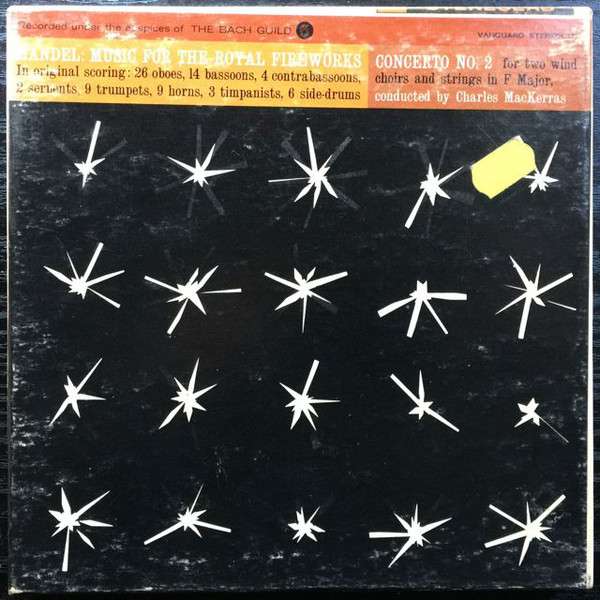 Sir Charles Mackerras
Music For The Royal Fireworks, Concerto a Due Cori in F Major

From Elusive Disc: This music, originally recorded by and released on Pye Records in 1959, was met with critical acclaim for 'attempting to reproduce the sound Handel would have heard, rather than the smoother orchestral arrangements usually played at that time'. The recording used some 26 oboes, creating an ensemble of over 70 players. From Apple Music Preview: "Charles Mackerras was known for his broad repertoire, expertise in Czech music, and use of period performance practices with modern orchestras. Born an American, he was taken to Australia as an infant by his family. He studied oboe, piano, and composition at New South Wales Conservatorium, Sydney. He joined the Sydney Symphony Orchestra as an oboist in 1945, and in that year also conducted the orchestra for the first time." Mackerras was one of EMI's recording artists, well known for Pineapple Poll, and his recordings for that company stand out for their superior sonics.