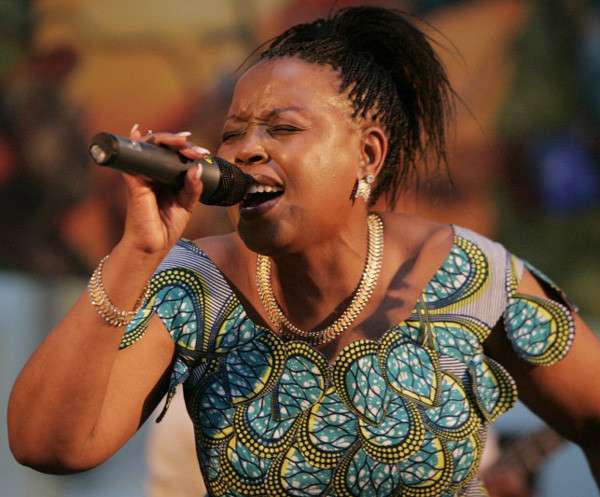 South African singer/songwriter (born in Mohlakeng on the West Rand). Since leaving apartheid South Africa in 1976, Sonti Mndebele has enjoyed a whirlwind career. After exile in Botswana she moved to Germany with the musical “Sounds of Soweto” where she met and performed with Donna Summer and Tina Turner. She moved to London to join Ipi Tombi in 1984 and met Hugh Masekela and Miriam Makeba, working with them for the next 9 years. She performed with Paul Simon on his Gracelands tour and has since worked with Sting, Abdullah Ibrahim, Sade, Boy George, Peter Gabriel, Lionel Richie, Bruce Springsteen, Billy Joel and Grace Jones and has recorded with Soul II Soul. Sonti sang at Wembley Stadium to celebrate Nelson Mandela’s 70th Birthday and 1990 release from prison. She was invited by Botswana’s First Lady, Mrs Masire, to perform for Mandela on his 1995 state visit. Later that year she sang at the Royal Albert Hall for Mandela’s state visit to the UK. Since 1998 she has been a featured artist with Mbawula and has appeared with the band at festivals up and down the UK and released her solo CD ‘Always Sonti’ in South Africa in 2011.