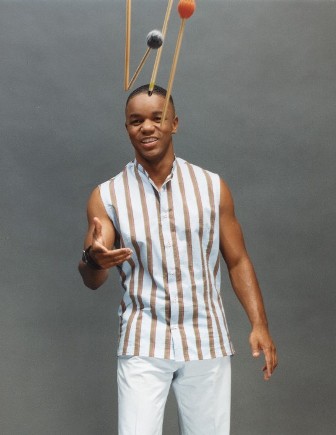 Stefon Harris (born March 23, 1973) is an American jazz vibraphonist. In 1999, the Los Angeles Times called him "one of the most important young artists in jazz" who is "at the forefront of new New York music" and "much in demand as a star sideman". Harris has played with several jazz luminaries including Kenny Barron, Steve Turre, Kurt Elling, and Charlie Hunter, in addition to releasing several of his own critically well-regarded albums.Harris is a resident of Newark, New Jersey.

Dance of the Nile on Eyes of the Elders by T.K. Blue

From The New Orleans Suite: Thanks For The Beautiful Land On The Delta on African Tarantella by Stefon Harris

Ease It on Ballads And Blues by Various Artists

Frozen Mist on Eyes of the Elders by T.K. Blue

Of Things To Come on Black Action Figure by Stefon Harris

Until on Evolution by Stefon Harris & Blackout