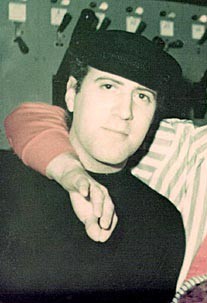 STEVE DUBOFF (1941 - 2004) songwriter and producer Duboff co-wrote with Artie Kornfeld the '60s hits 'The Rain, The Park And Other Things' and 'We Can Fly' by the Cowsills, and Crispian St. Peters' 'The Pied Piper'. He and Kornfeld were also the recording and performing group the The Changin' Times, opening on tour for Sonny and Cher. Later he worked as an A&R executive at ABC Records. Duboff also wrote songs for Ringo Starr, the Turtles, Connie Francis, Al Hirt, Wayne Newton, the Addrisi Brothers, the Monkees, the Bon Aires and more, working with co-writers including Doug Morris, Gerry Robinson and Neil Levinson, with whom he ran Du-Lev Productions. Duboff produced records for the Insect Trust (who he also managed), the Emeralds, Hugh McCracken, Guy Mitchell, Bit A Sweet, Lenny Williams and the Cowsills. In addition to songwriting, he designed video games for Commodore, Antler, Intellicreations and Datasoft. Originally from Miami, Duboff lived in New York City, and moved to Malibu about 20 years ago, where he was involved with real estate.

Pied Piper on When The World Was Young by Terry Draper