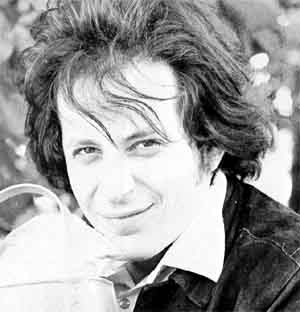 Steve Katz (born May 9, 1945) is a guitarist and record producer who is best known as a member of the rock group Blood, Sweat & Tears. Katz was an original member of the rock bands The Blues Project and American Flyer. As a producer, his credits include the 1979 album Short Stories Tall Tales for the Irish band Horslips, and the Lou Reed albums Rock 'n' Roll Animal and Sally Can't Dance and the Elliott Murphy album Night Lights. He is married to Alison Palmer, a ceramic artist.

Etude, Opus 25, No. 1 "The Aeolian Harp" on Piano Imagination by Steve Katz

A Modern Tale on Barricades by Steve Katz

Thrive on Barricades by Steve Katz

The Chase on Piano Imagination by Steve Katz

Today I Saw Hope on Barricades by Steve Katz