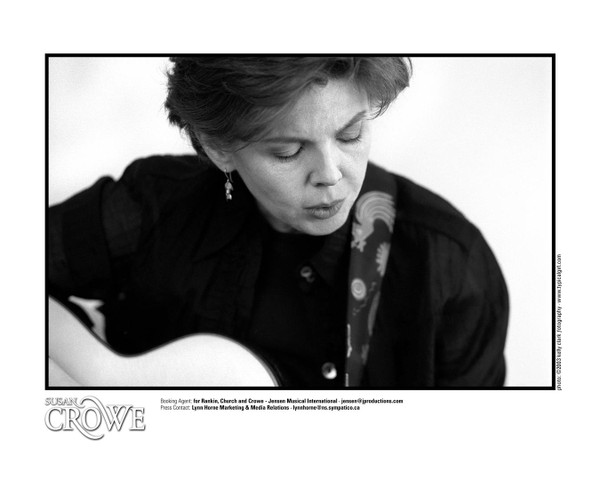 Singer/Songwriter Often described as a "writer's writer", Susan Crowe is one of Canada's most respected singer songwriters in the folk genre. At once complex, challenging and accessible, Susan's intelligent and moving songs have captivated audiences and reviewers from coast to coast, continent to continent. She possesses, in the words of Britain's Folk Roots magazine, "that rare ability of crafting a lyric that bears scrutiny on its own terms." That rare ability has earned her two Juno nominations, and nominations from both the West Coast and East Coast Music Awards.

Still, you do not come on The Door To The River by Susan Crowe

Blue dress on The Door To The River by Susan Crowe