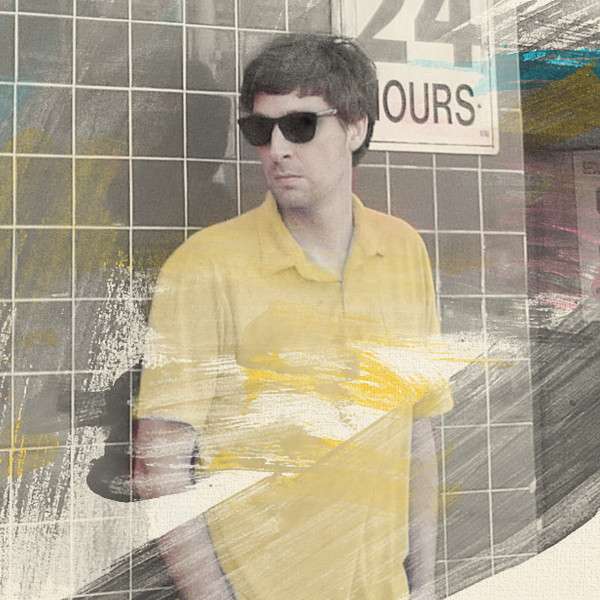 TRS-80 is the name under which founding member, Jay Rajeck records and performs electronic music with keyboardist and collaborator, Eric Fensler. Live drums and analog synthesizers have been the foundation of the band's sound since forming in Chicago in '97. Rajeck relocated TRS-80 to Los Angeles in '06 and has continued to expand the instrumentation and musical scope of the band ever since, describing the studio itself as being his main instrument. Rajeck received the rights back to the earliest TRS-80 releases in 2014 and has re-mastered and released selections on the albums "Volume One" and "Volume Two" through the Los Angeles based label, Vinyl International who now distributes their entire catalog. New recordings are currently in progress, slated for release in Spring 2015. "Mirage (Single Mix)", "Dream Sequence (Single Mix)", and "Turn A Corner" are the latest singles from TRS-80 released in 2013 and 2011 saw the arrival of TRS-80's two most successful albums to date, Horizons and the Sky Sailor EP. Their song, "Mirage" from Horizons was featured in the Electronic Arts snowboarding video game, SSX in March of 2012 and sold millions of copies, exposing the band to a larger audience than ever before. TRS-80's critically acclaimed Sky Sailor EP incorporates the last two official Daft Punk remixes to be released from the Tron Legacy soundtrack, one of which features new lyrics and vocals by Ariel Pink. Their remix of Daft Punk's "End of Line" charted at #1 on The Hype Machine and the EP continues to garner interest with help from music sites like Pitchfork, Highsnobiety and others. Performance dates incorporating the band's signature live drums, analog synths and synchronized video projections are currently being planned for April. History TRS-80 was started by Rajeck and Kent Rayhill in their hometown of Chicago, with Deb Schimmel joining them early on. The trio shared a common desire to write and perform music with real drums and synthesizers. A music writing frenzy of over 50 songs took place at Rajeck's home studio and he later came up with a way for the band to synch video projections with their live show, making TRS-80's performances unlike any other on the local scene. Chicago's indie rock venue, The Empty Bottle took TRS-80 under their wing shortly after hearing the band's demo and put them on the bill with artists like Sonic Boom, Acid Mothers Temple, Oval, and Laika among others, which helped grow TRS-80 a local following. From there they received bigger shows at venues like Metro and the 2,500 seat Riviera Theater opening for The Sisters of Mercy, The Creatures and other larger drawing acts. Over the next five years TRS-80 worked with two local record labels, recorded three albums, and toured parts of the US and Canada. The band also created custom scores for the award winning Public Radio International show, This American Life and a Nike promotional film titled "Les Jumelles" created by TRON: Legacy director, Joseph Kosinski. In February of 2005 Kent and Deb performed their last show, retiring from the stage to pursue other non-musical interests. Jay decided after listening back to his recordings in progress that the music was still TRS-80 and to continue on under the same name. In March of 2005 Rajeck performed as TRS-80 with Mike Barron and Fred de Albuquerque on synthesizers and toured that summer in Canada and the US. In 2006 TRS-80's music was featured in the CSI: NY episodes Bad Beat and Oedipus Hex and in an international Coca-Cola TV ad campaign. Jay Rajeck relocated to Los Angeles and released the full length album "Mystery Crash" and sister release "Demixes" through Hollywood based One Cell Records after completing a West Coast tour. Long time TRS-80 video collaborator Eric Fensler relocated to Los Angeles from New York shortly thereafter and became Rajeck's partner in TRS-80 performances playing synth. The New You EP was released in 2008 through TRS-80's new label home, Vinyl International and music from the album was featured in the video game Saints Row 2 that sold over 2 million copies. TRS-80's first custom filmed music video for the single "Tinted" was created, helping them gain an international following. For a more detailed look at the band and its history, please visit the TRS-80 Facebook Timeline.

Night Face on Face the Night by TRS-80

Mirage on Horizons by TRS-80

Naturescent on Volume One by TRS-80

Got Blues on Got Blues by TRS-80

The Lights Are On on Mystery Crash by TRS-80