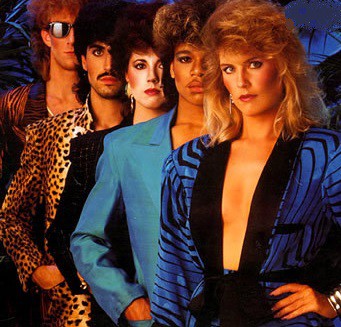 Ta Mara and the Seen is a former American R&B group based in Minneapolis and signed by A&M Records to capitalize on the mid-1980s chart success of the "Minneapolis sound", which included acts such as Prince, Vanity 6, Sheila E., and The Time. They achieved Top 40 success with the single "Everybody Dance", which peaked at #24 on Billboard Hot 100 chart in early 1986. Other tracks include the single "Affecttion" [sic], "Summertime Love", and a ballad titled "Long Cold Nights". The album was produced by former Time guitarist Jesse Johnson. A 1988 follow-up album, Blueberry Gossip, failed to catch on and the group disbanded in 1989. Their albums are no longer in print.