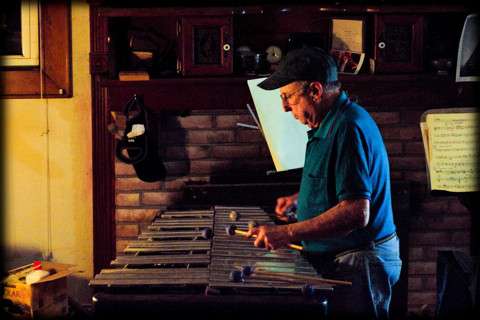 Teddy Charles (April 13, 1928 – April 16, 2012) was an influential American jazz musician and composer whose instruments were the vibraphone, piano, and drums.Born Theodore Charles Cohen in Chicopee Falls, Massachusetts, he studied at the Juilliard School of Music as a percussionist. Later he began to record and made personal appearances as Teddy Cohen with bands as a vibraphonist, writing, arranging and producing records, in 1951 changing his last name to Charles.Charles died in 2012, just three days after his 84th birthday.

Do Nothing Til You Hear from Me on 3 for Duke by Teddy Charles, Oscar Pettiford & Hall Overton

Don't Get Around Much Anymore on 3 for Duke by Teddy Charles, Oscar Pettiford & Hall Overton

Laura on Word From Bird by Teddy Charles