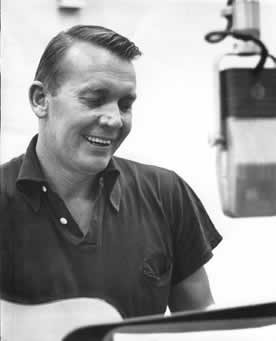 Born: Phoenixville, Pennsylvania 17 June 1916 Died: Austin, Texas 15 October 1999 "Terry" Gilkyson, singer and songwriter, wrote several of the biggest hit records of the early 1950s. His "Memories are Made of This" became both a number one song for Dean Martin in 1956 and a clever catchphrase for the nostalgia boom. He recorded two albums of folk songs, The Solitary Singer, volumes 1 and 2, in 1950 and 1951, but had his first hit record in 1951 when he joined The Weavers, with "On Top of Old Smokey". With his songwriting friends Rick Dehr and Frank Miller, Gilkyson had formed a folk group, Terry Gilkyson And The Easy Riders. They released the album "Golden Minutes of Folk Music" in 1953. In 1958 the Easy Riders scored the film Windjammer, and then in the 1960s, Gilkyson wrote music for the long-running television series The Wonderful World of Disney. In 1967 Gilkyson wrote the song "The Bare Necessities" for the Walt Disney cartoon The Jungle Book, in 1970 he contributed to the score of The Aristocats. His daughter Eliza Gilkyson is a singer-songwriter. His son Tony Gilkyson has played with both X (5) and Lone Justice.

Brothers All - Demo on The Jungle Book by Various Artists

Marianne - Single Version on 16 Most Requested Songs Of The 1950s. Volume Two by Various Artists

The Bare Necessities on Aurora by Olga Vocal Ensemble

David and Goliath on 8 Bible Stories by Terry Gilkyson

Joseph, the Dreamer on 8 Bible Stories by Terry Gilkyson