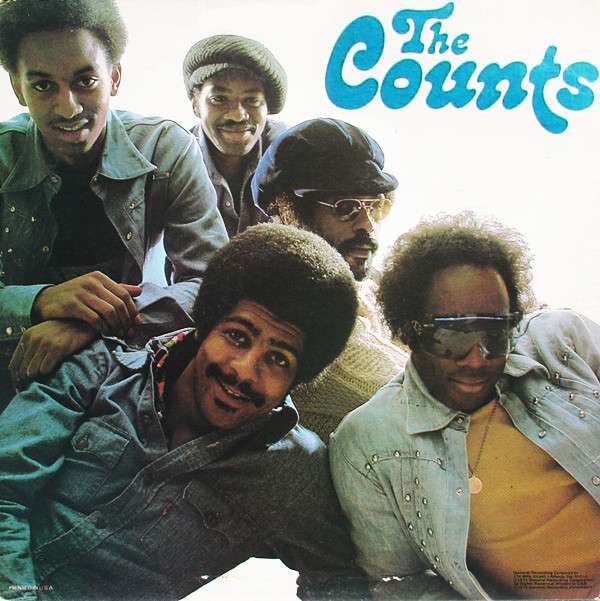 American funk and soul group founded in 1964 in Detroit, MI. For 1950s R&B, doo-wop & vocal group, please see: The Counts (14) The founding members of the group were Mose Davis (organ), Leroy Emmanuel (guitar), and Demo Cates (alto saxophone & vocals). Jam sessions with their neighbors Raoul Keith Mangrum (congas) and Jim White (13) (tenor sax) attracted Andrew Gibson (3) (drums). The group never had a full-time bass player, since Davis handled the bass parts with organ foot pedals. Performing mostly instrumentals, the group often backed up various local singers, most notably Spyder Turner, and with the addition of Funk Brothers bassist Bob Babbitt, recorded the demo that became Turner's 1968 hit version of "Stand By Me." The band then hooked up with producer Richard "Popcorn" Wylie, recording the R&B hit "Jan Jan" for Ollie McLaughlin's Detroit-based Moira Records in 1969. The song was such a big hit in Detroit that Moira's distributor Cotillion rush-released a full-length album "Jan Jan". The band dropped the 'Fabulous' from their name for their self-produced 1972 album, What's Up Front That-Counts, for Detroit-based Westbound Records. The group then recorded three singles under a pair of pseudonyms for producer Marlin McNichols, calling themselves first Lunar Funk (2) and then Bad Smoke. Later they cut two albums for the Atlanta, Georgia-based Aware, 1973's Love Sign and 1975's Funk Pump. Though both albums made the Billboard R&B charts, the band broke up in 1976.

Dedicated Man on It's What's in the Groove by The Counts

Just You, Just Me on It's What's in the Groove by The Counts

Two of a Kind on I Am the Lord Vol. 2 by Lord Luther

Funk Pump on It's What's in the Groove by The Counts

Funk on It's What's in the Groove by The Counts

Love Sign on It's What's in the Groove by The Counts

Tecalli on It's What's in the Groove by The Counts

Stop Cheating on Me on 2131 South Michigan Avenue: 60's Garage & Psychedelia from U.S.A. and Destination Records by Various Artists

Trick Bag on The History of Northwest Rock, Vol 2 - The Garage Years by Various Artists