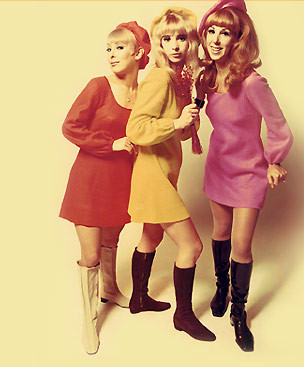 The Paris Sisters were a 1960s American girl group from San Francisco, best known for their work with producer Phil Spector. The group consisted of lead singer Priscilla Paris; her older sister Albeth Paris; and their middle sister Sherrell Paris. They reached the peak of their success in October 1961 with the hit single "I Love How You Love Me", which peaked at No. 5 on the Billboard Hot 100 Chart, and sold over one million copies. Some of the group's other hit songs include the US Top 40 single "He Knows I Love Him Too Much" (March 1962, No. 34), "All Through The Night" (1961), "Be My Boy" (No. 56), "Let Me Be The One" (No. 87), and "Dream Lover" (No. 91).

Sincerely on Sing Everything Under The Sun by The Paris Sisters

I Love How You Love Me on Let Me Be the One: Classic AM Favorites '55-'65 by Various Artists