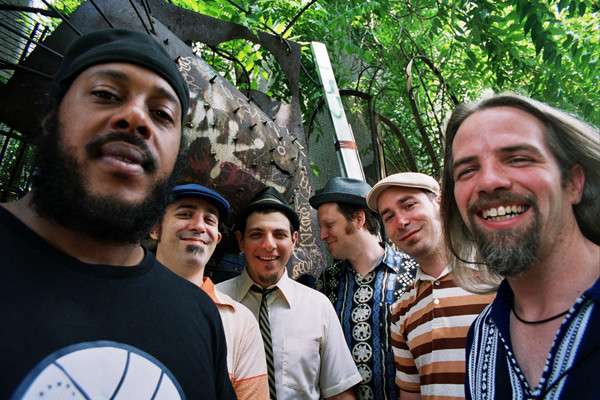 The Slackers are a New York City band, formed in Manhattan in 1991. The band's sound is a mix of ska, rocksteady, reggae, dub, soul, garage rock, and jazz. The Slackers' notability is credited to their prolific career, tours of North America, Europe, and elsewhere, and signing to notable punk label Hellcat Records.There are several side projects of The Slackers, including David Hillyard & The Rocksteady Seven, Crazy Baldhead Sound System, Da Whole Thing, the SKAndalous All Stars, as well as an acoustic solo project by Vic Ruggiero.

I Shall Be Released on Peculiar by The Slackers

Married Girl on Redlight by The Slackers

Have The Time on The Question by The Slackers

Rude and Reckless on Redlight by The Slackers

Every Day is Sunday on Self Medication by The Slackers

International War Criminal on Peculiar by The Slackers

Watch This on Redlight by The Slackers

How It Feels on The Great Rocksteady Swindle by The Slackers