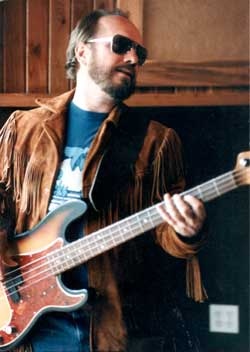 Tim Drummond (born April 20, 1940, Canton, Illinois, USA - died January 10 2015, St. Louis County, Missouri, USA) was an American bassist and songwriter. He played with many notable artists including Neil Young, Bob Dylan and J.J. Cale. In session recordings he was often paired with drummer Jim Keltner and as a rhythm section they were known as "Tim & Jim".