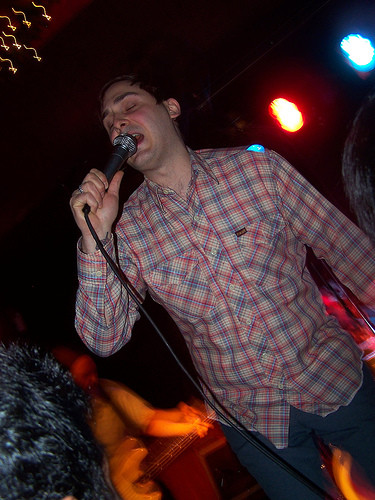 Tim Kinsella (born October 22, 1974) is a musician from Chicago, Illinois. He has been a member of many bands, including Cap'n Jazz, the Sky Corvair, Joan of Arc, Owls, Friend/Enemy, Everyoned, and Make Believe, and worked with a variety of musicians, from Marvin Tate and Leroy Bach to Angel Olsen and many more. He has also recorded solo material, some of it under the name Tim Kinsella(s).