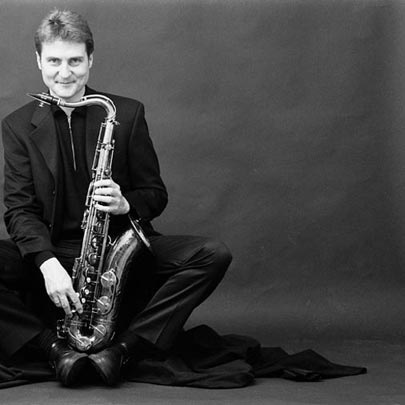 Tim Ries (né Timothy M. Ries; born 1959) is an American saxophonist, composer, arranger, band leader, and music educator at the collegiate/conservatory level. Ries is in his tenth year as a professor of jazz studies at the University of Toronto. His universe of work as composer, arranger, and instrumentalist ranges from rock to jazz to classical to experimental to ethno to fusions of respective genres thereof. His notable works with wide popularity include The Rolling Stone Project, a culmination of jazz arrangements of music by the Stones produced on two albums, the first in 2005 and the second in 2008.

No Expectation on Stones World by Tim Ries

Miss You on Stones World by Tim Ries

Under My Thumb on Stones World by Tim Ries

Baby Break It Down on Stones World by Tim Ries

For Elis on Life Changes by Tim Ries

Fool To Cry on Stones World by Tim Ries