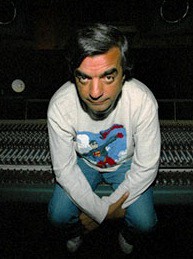 Tony Bongiovi is a record producer and recording engineer. He has produced records by Gloria Gaynor, Talking Heads, Aerosmith (Classics Live, Ramones (Rocket to Russia and Leave Home). Early in his career, as an engineer, he worked the console for a number of sessions with Jimi Hendrix, as well as some of Hendrix's posthumous releases under producer Alan Douglas[citation needed].In 1977, Bongiovi and his partner Bob Walters built The Power Station recording studio, a recording studio renown as one of the finest acoustic environments for recording in the world.