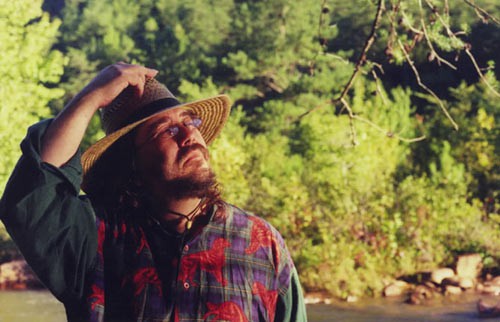 Relaxation, New Age, space, ambient music artist, and brother of Todd Gerber. Live space music pioneer and Nashville music scene trailblazer, Tony Gerber, has been performing live music in front of audiences and live radio since he was 9 years old. For his space music projects he mixes a love of electronic music with guitars, EWI, harmonicas, dulcimers and native flutes. As a solo artist he has performed at the Different Skies, City Skies festivals, Electro- Music Festivals, Mountain Skies, and Karelian Skies (Scandinavia), been a creative director and performer in his own Space for Music productions, produced two 12 hour Yuri's Night concert events working with some NASA scientists in the virtual world, released over 40 albums, several DVDs and videos, nominated as Jazz/Instrumental album of the year for the Nashville Music Awards, Top 10 Nashville Album Release for 2014, and has performed over 1600 live ambient space music concerts in the virtual world of Second Life as avatar, Cypress Rosewood. As a co-pilot of the internationally acclaimed electronic space music group, SPACECRAFT, he has performed live space music around the country in planetariums, museums, churches, performed twice for the Gathering concert series, been a guest on John Diliberto's Echoes Living Room concert series, had music in Paramount's "Vanilla Sky", and had an active performance art show career mixing pyrotechnic clothing attire with live music and light sculptures with sculptor David Hall and Multi media artist and professor, Don Evans. He has worked with the legendary music pioneer, Roedelius in live situations as well as recording and releasing an album with him. He created the acclaimed space music on demand label, Space for Music, harboring 32 artists with over 80 releases from 1999 - 2006 or so. The label still releases his personal projects. He is currently building the Musictellers live broadcast project and working with many world class artists in different combinations across different genres. He is very active and prolific playing live music and recording, being a dad and a husband. "I enjoy my life filled with passions."

Beyond Slumber on Ancestral Spirit by Tony Gerber