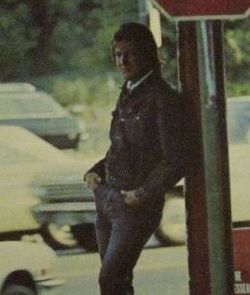 Troy Harold Seals (born November 16, 1938 in Bighill, Madison County, Kentucky) is an American singer, songwriter, and guitarist.He is a member of the prominent Seals family of musicians that includes, Jim Seals (of Seals and Crofts) and Dan Seals (of England Dan & John Ford Coley) and Brady Seals (Little Texas and Hot Apple Pie). During the 1970s, Seals recorded with Lonnie Mack and Doug Kershaw and although he made two albums of his own, he is best known as a songwriter. His compositions have been recorded by artists such as Nancy Sinatra, Randy Travis, Conway Twitty, Hank Williams Jr., Elvis Presley, Roy Orbison, Levon Helm, and Jerry Lee Lewis, George Jones "Who's Gonna Fill Their Shoes," that Troy co-wrote with Max D. Barnes.