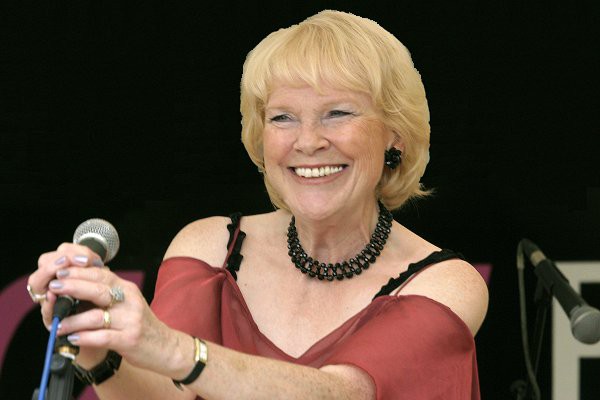 "Val Wiseman as a genuine jazz singer has few peers - warmth, swing, blues sympathy, impeccable intonation and sincerity of delivery rarely encountered in such generous detail." Ken Rattenbury - The Jazz Rag Val Wiseman’s remarkable career began in the midlands and owes much to early influences in music and drama and the opportunity of working with some of Britain’s legendary bands. Alex Welsh, Humphrey Lyttelton, Monty Sunshine and Kenny Baker were quick to notice her potential and featured her on their tours and broadcasts. Her growing reputation led to a starring role in a new Billie Holiday tribute, Lady Sings The Blues with a team of top British players. The show and album won critical acclaim, with television and concert appearances worldwide and for Val, an army of new fans. Her first solo album Just For A Thrill was released in 2003 to enthusiastic reviews and in 2008 Val’s work was rewarded when she was voted best British vocalist in the British Jazz Awards. “Certainly one of the finest, if not the finest, jazz vocalists currently active in the UK” Amazon Review Oct 2008 . “This British singer is in a class of her own - great feeling and vocal accomplishment.” Music Review, Freiburg, Germany Val still tours with Lady Sings The Blues, and also stars in a variety of musical shows: her tribute to favourite singers Divas Of Swing, the Duke Ellington songbook Sophisticated Lady with Martin Litton’s Ellingtonians, Jazz Goes To The Movies, a joyous review of film songs with Digby Fairweather’s Half Dozen, plus Gershwin tribute S’Wonderful and Swinging Down Memory Lane with John Petters Productions. Val also presents lively, illustrated talks: The Joys of Jazz Singing and The Brontë Legacy. “The Joys of Jazz Singing” was a delightful journey in words and music - a wonderful hour went by all too quickly.” Sinatra Music Society Oct. 2009 Returning to her interest in drama and love for musical theatre, Val has written and produced an album of songs dedicated to the world’s most famous literary family, the Brontës. Keeping The Flame Alive, with music by distinguished pianist and composer Brian Dee, is now being presented as a dramatic musical show. The reviews are positive! “Her captivating stage presence and multi layered interpretations were pure joy.” Buxton Festival Review June 2009 “The singing was superb - dramatic and presented with a beautiful flourish… she oozes presence.” Dewsbury Brontë Festival Review Sept 2009