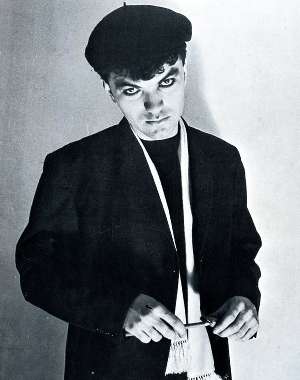 Vaughn Toulouse (30 July 1959 – 8 August 1991), born Vaughn Cotillard, was a singer from St. Helier, Jersey. He was a founding member of Guns For Hire and its successor band Department S. Toulouse later worked as a DJ under the name Main T, and in 1983, released the single "Fickle Public Speaking" as The Main T Possee. Written and produced by Paul Weller, the song made No. 89 on the UK Singles Chart. Toulouse participated in The Style Council's miners' charity project The Council Collective, appearing on the "Soul Deep" single (1984) and then recorded a solo single, "Cruisin' the Serpentine" (1985). He died in 1991 from an AIDS-related illness.[4][5]