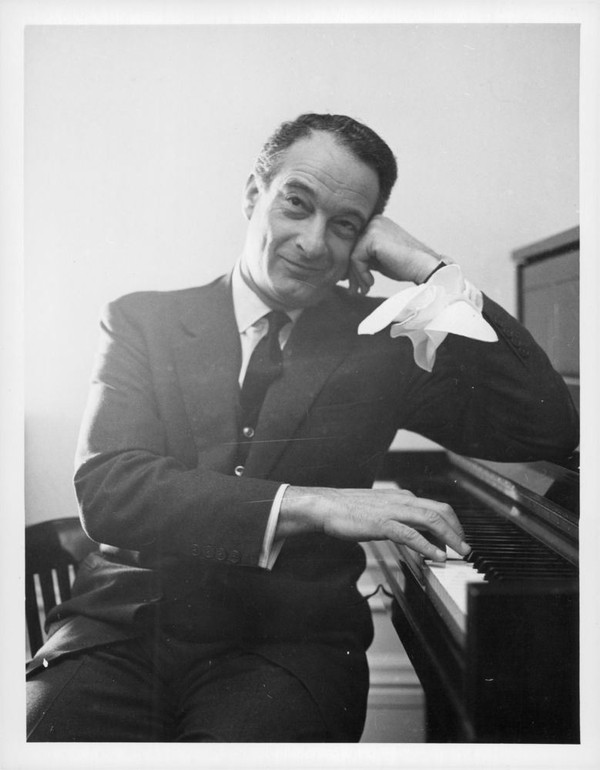 Danish classical pianist and comedian. (January 3, 1909, Copenhagen, Denmark - December 23, 2000, Greenwich, Connecticut). Started out his career in Denmark where he appeared in 5 movies durting the 30's. As with many other jews he fled from Denmark to Sweden after the Nazi occupation in April 1940, but Rosenbaum continued to the US. Appeared on radio with Bing Crosby in 1941. His "Comedy in Music" show ran in the Golden Theatre, New York, from 1953 to 1956. Borge's shows are usually a mix of bits of classical music taken to musical satire combined with musical stand up comedy.

"Minute" Waltz on Caught in the Act by Victor Borge

Liebestraum on Caught in the Act by Victor Borge

Clair De Lune on You're On Your Own by Victor Borge