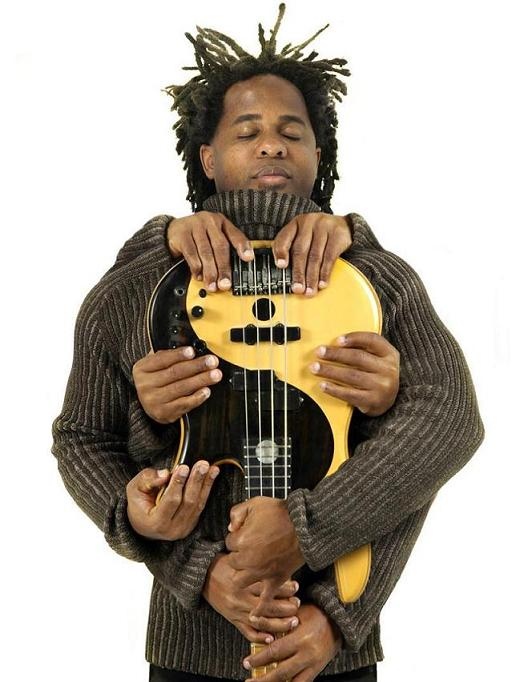 Victor Lemonte Wooten (born September 11, 1964) is an American bass player, composer, author, producer, and recipient of five Grammy Awards.Wooten has won the "Bass Player of the Year" award from Bass Player magazine three times in a row, and was the first person to win the award more than once. In 2011, he was named #10 in the "Top 10 Bassists of All Time" by Rolling Stone. In addition to a solo career and collaborations with various artists, Wooten has been the bassist for Béla Fleck and the Flecktones since the group's formation in 1988.

What You Won't Do for Love on What Did He Say? by Victor Wooten

The Lesson on Palmystery by Victor Wooten

Classical Thump on A Show of Hands 15 by Victor Wooten

More Love on A Show of Hands 15 by Victor Wooten