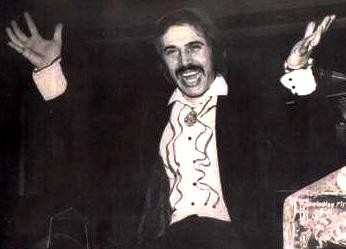 Italian pianist, conductor, arranger, composer (born Aug. 19, 1937, Pizzighettone, Cremona - dead 7.12.2018), plays in RAI TV Orchestra where quickly becomes the director. At the same time is playing in various jazz groups. In 1967 founds quartet I Cabala (with Sammy Barbot singer & guitarist). Two years later, 1969 at La Mecca Dancing, Rimini Carlo Alberto Rossi remains fascinated by his mastery at the Hammond and releases soon 2 lps: Sensations in the Swing and The Monster, both on Car Juke Box. Then, in the 1970 releases Sensations in Underground on his Fonorama. After yet presents him to his brother Alfredo Rossi, publisher and owner of Ariston Records for which he records many albums, in the first of those Organ & Piano there is Tullio De Piscopo on drums. Arranger with a rich harmonic and stylistic research, often uses the pseudonym of Victor Bach.