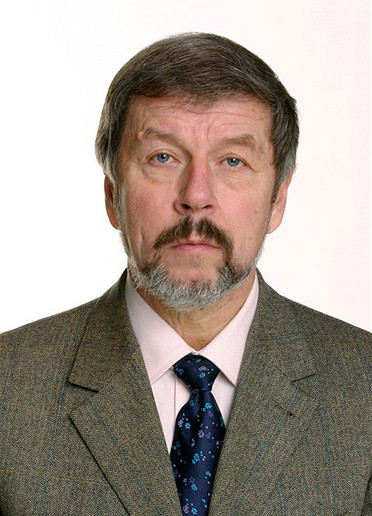 Vladimir Skanavi (b. 1941) is a Russian pianist, Honored Artist of Russia (1999), and a professor at the Moscow Conservatory (since 2001). He graduated from the Moscow Conservatory in 1966 after studying with Yakov Milstein (piano) and Constantine Adzhemov (chamber ensemble). In 1969, Vladimir Skanavi received his PhD degree. Since 1965, the pianist had been performing in duos, trios, quintets and other ensembles. Skanavi collaborated with Natalia Gutman, Liana Isakadze, Gidon Kremer, Alexander Rudin, Vladimir Krainev, Elisabeth Leonskaja, Viktor Pikaizen and other distinguished musicians. Vladimir worked closely with violinist Oleg Kagan, and together they performed a vast repertoire, including all Bach and Beethoven sonatas, numerous compositions of Mozart, Brahms, Prokofiev, Shostakovich and Schnittke. Skanavi toured in most European countries, as well as USA, Australia, Japan. He gave recitals at the Grand Hall Of The Moscow Conservatoire, Small Hall Of The Moscow Conservatoire, Teatro alla Scala, Milano, Salle Gaveau in Paris, Wiener Musikverein, Concertgebouw, Amsterdam and other prestigious venues.

4 Pieces, Op. 56: No. 2, Romance. Andante on Capriccioso: Under the Blue Skies by Alexander Rudin & Unknown Artist

6 Romances, Op. 38: No. 2, Lily of the Valley on Capriccioso: Under the Blue Skies by Alexander Rudin & Unknown Artist

The Golden Cockerel Suite: I. Tsar Dodon in His Palace (Arr. for Cello & Piano) [Live] on Capriccioso: Under the Blue Skies by Alexander Rudin & Unknown Artist