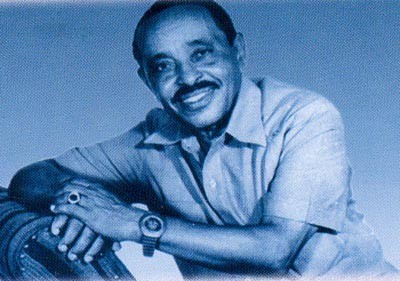 Born in Santiago de Cuba, December 9, 1916, he excelled as a composer and performer of musical themes of varied genres such as the popular cha-cha-chá, guarachas and boleros, especially in the last decade of the fifties when his Melodies were placed in first places of the lists of successes of Cuba and other countries of Latin America. Some of his pieces were successes in the voices of popular singers of the island like Benny Moré, Roberto Faz, Tito Gómez, Ida Laguardia, and Cheo Marquetti, the duos Voces del Caney and Los Compadres, and the groupings Sierra Maestra and Sonora Matancera. Guevara Navarro also integrated "authorial binomials" with his brother Ofelio, and with Santiago Fulleda and Juvenal Quesada, with whom he composed the songs 'Ya began the milling', 'I can not forgive you' and 'Betrayal of a sacrifice'. He died on June 23, 2004 in Havana, Cuba.