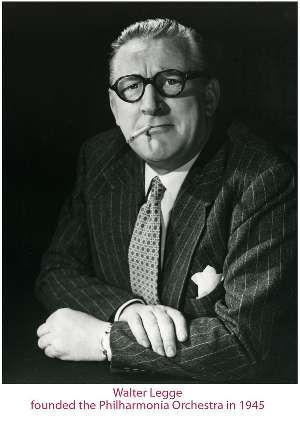 Harry Walter Legge (1 June 1906 – 22 March 1979) was an influential English classical record producer, most notably for EMI. His recordings include many sets later regarded as classics and reissued by EMI as "Great Recordings of the Century". He worked in the recording industry from 1927, combining this with the post of junior music critic of The Manchester Guardian. He was assistant to Sir Thomas Beecham at the Royal Opera House, Covent Garden, and in World War II played a role in bringing music to the armed forces and civilians.