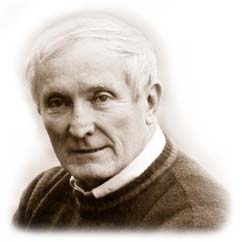 Ward Swingle (born 21 September 1927, Mobile, Alabama, USA - died 19 January 2015, Eastbourne, East Sussex, England) was an American vocalist and jazz musician. In the 1960's he was a founding member of the Les Double Six, then took the scat singing idea and applied it to the works of Bach. He was the founder and longtime leader of Les Swingle Singers and Swingle II.