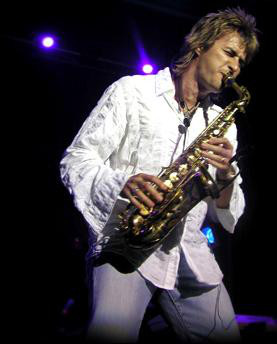 Warren Hill (born April 15, 1966 in Toronto, Ontario, Canada) is a Canadian smooth jazz musician. A graduate of Berklee College in Boston, Massachusetts, Hill performed at his own graduation day in 1988, where he caught the attention of record producer Russ Titelman, who helped him sign a record deal with RCA Records in 1991, and Hill released his debut album Kiss Under the Moon that year. He also backed Chaka Khan and Natalie Cole in the early 1990s.

Do You Feel What I'm Feeling? on Truth by Warren Hill

Tell Me All Your Secrets on Truth by Warren Hill

Take-Out Dreams on The Collected by Warren Hill

Sax In The City on Love Life by Warren Hill

Gimme Some on La Dolce Vita by Warren Hill