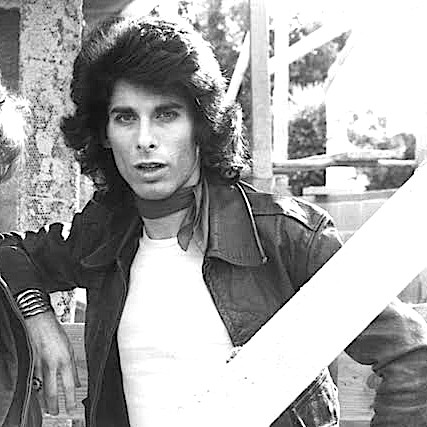 g, sit, US
Musician of Rock

American guitarist. Warren Klein left his electronic engineering scholarship at Pratt Institute in New York, grabbed his guitar, and headed to California. He hoped to start a career in music after studying with folk music icon Dave Van Ronk, the “Mayor of McDougal Street” and host of the famous hootenannies at the Gaslight Café, featuring performances by the likes of Bob Dylan and other folk music greats. After arriving in Los Angeles he became a founding member, lead guitarist, and co-writer in “The Factory” with Lowell George. They were produced by Frank Zappa and played the notorious “Freak Out” & “Freak In” shows along with the “Mothers of Invention” at the Shrine Auditorium and Earl Warren Showgrounds. They had several singles released on Uni Records, & their remaining recorded material was later released as “Lowell George & The Factory” on Rhino Records. When Ravi Shankar started the Kinnara School of Indian Music in Los Angeles, Warren took the opportunity to study sitar and was accepted as a disciple by Ravi not long after. At Ravi's request, Warren composed and performed the electric guitar music over the montage of stills in the Academy Award winning movie, Charly. After the Factory broke up, Warren joined the group Fraternity of Man best known for the single “Don't Bogart That Joint” taken from their album on ABC Dunhill and featured in the classic movie EASY RIDER. Warren played all the “psychedelic” leads with the band as well as writing the song from their album “Whispy Paisly Skies” which was in Ang Lee’s movie Taking Woodstock. The band played at the Magic Mountain Music Festival, the San Francisco Pop Festival, the Hollywood Bowl, numerous love-ins, and a tour with Canned Heat. Warren then put together the “Emergency” with Drachen Theaker (“The Crazy World of Arthur Brown”) and later formed the groups “Tornado”, “Lazer” (the original), and “The Wolves” with Niki Oosterveen. His relationship with Niki who was managed by film producer Jon Peters, led to him playing the guitar solo that Barbara Streisand dances to in The Main Event. Also played in the band 'Road' with Jimi Hendrix’s bassist Noel Redding, played in the band 'Tarantula' at the Vancouver Pop Festival, played in The Incredibly Strung-Out Band with Peter Case; when Iggy and The Stooges needed a guitarist for a concert in Chicago, Warren (then nicknamed “Tornado”) was the guy to fill in.