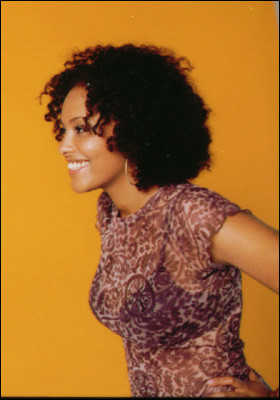 It has been said that Grammy-nominated, Ethiopian-born, singer/songwriter, Wayna has a voice as pure as it is passionate. Stevie Wonder says "she's incredible." Essence Magazine says "Wayna is one to watch," and Billboard Magazine calls her "a stand out on the indie front." With two Billboard chart-topping singles from her sophomore LP, Higher Ground, and a coveted Grammy nomination in the Best Urban/Alternative Performance Category for her remake, “Lovin You (Music)" featuring Kokayi, Wayna's star is on the rise. The remake, which she also co-produced, is a fitting representation of her dynamic vocal style, a blend of Minnie Riperton, Lauryn Hill, and Billie Holiday. "The Expats" is the third and latest project(EP) from this innovative artist. The 6 songs extended play features a Toronto-based backing band and production team hailing from various parts of the world -- Ethiopia to Japan, Isreal to India, Germany to Jamaica -- and draws from diverse musical influences to create a unique blend of African and Reggae-inspired soul, fused with classic and alternative rock -- Sade and the Police meets Lauryn Hill and Radiohead.

Home on Higher Ground by Wayna

The Hennessy Joint on Random Joints & Instrumentals by Kev Brown

Desperation Days (feat. Theodros Tadesse) on Moments of Clarity, Book I by Wayna

Secret Identity on Moments of Clarity, Book I by Wayna

Mama's Sacrifice on Moments of Clarity, Book I by Wayna

Close to You F. Kenn Starr on Higher Ground by Wayna

Daydream on Higher Ground by Wayna

Loving You (Music) F. Kokayi on Higher Ground by Wayna

My Love on Higher Ground by Wayna

Send It Away on The Expats by Wayna