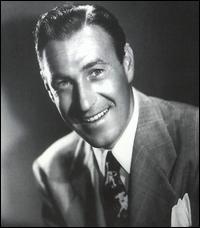 b. February 16 (or) 18, 1901, Savanna, Illinois (USA) d. July 16, 1985, Paradise Valley, Maricopa County, Arizona (USA) Wayne King, a popular 1930's American bandleader, musician (saxophone), songwriter, singer, was sometimes referred to as "the Waltz King" because much of his most popular music involved waltzes. "The Waltz You Saved For Me" was his standard set closing song in live performance and on numerous radio broadcasts at the height of his career. He has been compared to Lawrence Welk and Fred Waring.