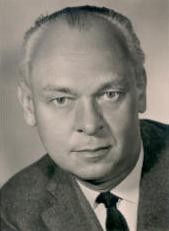 Werner Friedrich Emil Eisbrenner (2 December 1908, Berlin – 7 November 1981, Berlin) was a German composer and conductor, best known for his film music.Eisbrenner studied church music and musical education from 1927 to 1929 at the Berlin Staatlichen Musikademie. He then worked as a pianist, arranger, Kapellmeister and conductor, as well as composing violin concertos, orchestral music, the musical comedy Von Hand zu Hand and the music for film, radio and television for which he is best known. This includes the theme for Hans Albers's film Große Freiheit Nr. 7.