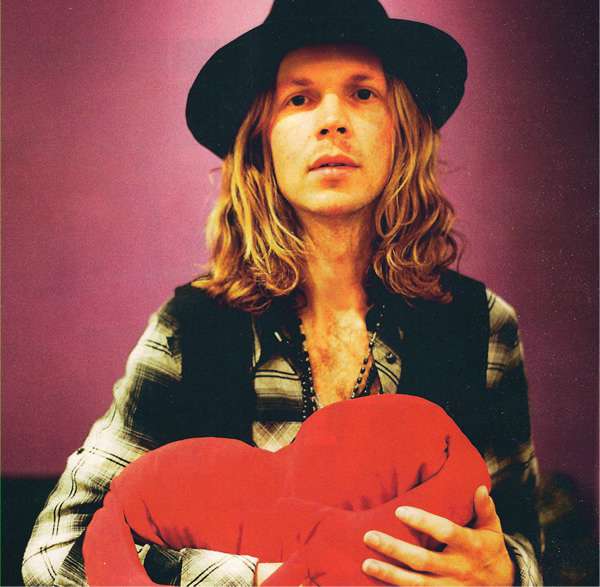 American musician, singer-songwriter and multi-instrumentalist. born July 8, 1970 in Los Angeles, California, USA. Son of David Campbell and Bibbe Hansen, grandson of Al Hansen. He is married to Marissa Ribisi. When his parents split, he and his younger brother stayed with their mother. Beck dropped out of school at the age of 14 and drifted around for about a decade, ending up back in Los Angeles. While playing some open mic events, he got noticed by the little local label, Bong Load Custom Records. In 1993, "Loser" was released to the world in a limited pressing of 500 copies and sent out to radio DJs across the U.S. The song became quite popular, and Geffen signed Beck in November of 1993, giving him the freedom to work with independent labels and to make "uncommercial" music.

Loser on Mellow Gold by Beck

The Valley of The Pagans (feat. Beck) on Song Machine, Season One: Strange Timez by Gorillaz

Dreams on Colors by Beck

Night Running on Social Cues by Cage The Elephant

E-Pro on Guero by Beck

Up All Night on Colors by Beck

Lost Cause on Sea Change by Beck

Debra on Midnite Vultures by Beck

Morning on Morning Phase by Beck

Where It's At on Odelay by Beck