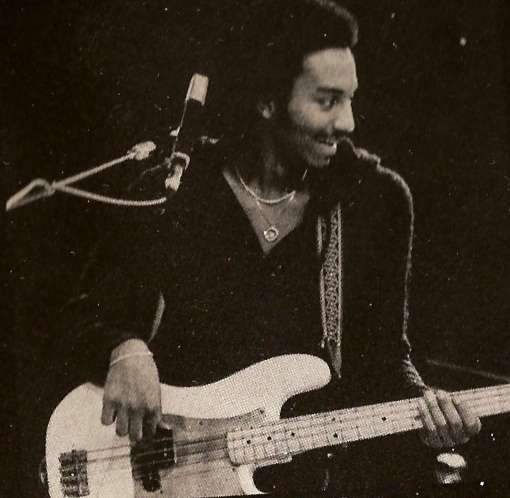 b, bvoc,
Musician of R&B/Soul and Jazz
A.k.a. Byron Lee Miller

Soul, jazz, and funk bassist who started playing with Roy Ayers. Friend of Leon Ndugu Chancler, who introduced him to Carlos Santana, so he played on "Amigos". Chancler next introduced him to George Duke, and the three of them formed the George Duke Band. He has appeared on 14 of Duke's albums over the past 20 years. Has recorded and toured with the Crusaders, Herbie Hancock, Chaka Khan, Marvin Gaye ("Final Tour") and Whitney Houston. He subsequently joined Luther Vandross' band and was a mainstay of his touring unit for 15 years.

The B Spot on The Gift Psychobass2 by Byron Miller

Soldier of the Groove on The Gift Psychobass2 by Byron Miller

Funky Boy on The Gift Psychobass2 by Byron Miller

It's in Your Eyes on Psycho Bass by Byron Miller

Say Hello on The Gift Psychobass2 by Byron Miller