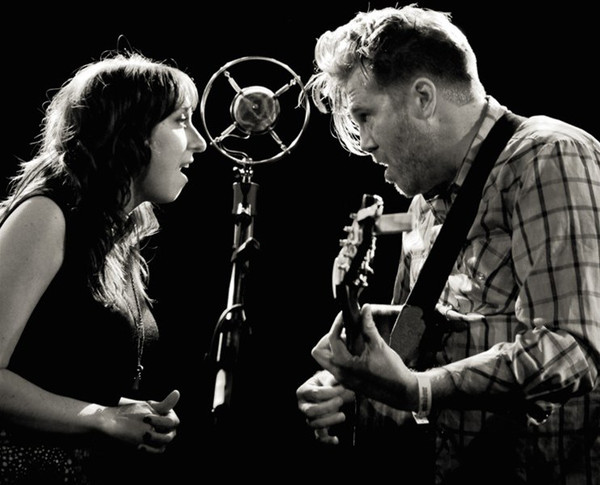 Band, US
Folk
A.k.a. Bianca Caruso and Lee Ferris

Freddy & Francine is an Americana-Soul duo comprised of Bianca Caruso & Lee Ferris. With voices reminiscent of Aretha Franklin & Van Morrison, their songs blend Soul, R&B, Folk, and Americana with a modern, yet timeless appeal to all ages. Based in Los Angeles, Ferris and Caruso met in the 40th Anniversary of a musical production of HAiR in LA in 2007. As individuals, Caruso developed a comedy television show with ABC and Ferris racked up 500 performances as Carl Perkins in the Broadway musical Million Dollar Quartet. ​ Freddy & Francine have released 2 EPs & 3 full length records since 2008. Their latest, “Gung Ho” was produced by renowned producer Todd Sickafoose (Ani DiFranco, Andrew Bird, Anais Mitchell) and featured members of Ryan Adams, Rufus Wainwright, and Andrew Bird’s touring bands. ​ “Ferris and Caruso have found their respective vocal soulmates, the kind of perfect harmonies that send a gripping shiver down the backbone of the listener” says The Deli Magazine. ​ No Depression says, “Freddy & Francine currently top my list. There is definitely a palpable chemistry between these musicians, with their vocals blending like milk and honey.” ​ National audiences continue to be drawn to the duo as they “bring it all out on stage from a lullaby so sweet you’d swear a choir of angels were harmonizing just for you; to gut-busting, foot stomping tunes befitting a New Orleans gospel choir.“ - Flagstaff AZ Daily Sun Freddy & Francine most recently performed at The 2017 Telluride Bluegrass Festival as well as Rocky Mountain Folks Fest as main stage performers. They are recording a new EP in Nashville with producer Dan Knobler (Rodney Crowell, Roseanne Cash, Lake Street Dive) and plan to release it in 2018.

Dirty Work on Open House by The Fretless

A Simple Thing on The Briar Patch by Freddy & Francine

Brownstone Alley on The Briar Patch by Freddy & Francine

Slow Down on I Am Afraid to Die! by Freddy & Francine

I Just Wanna Listen to the Band Play on I Am Afraid to Die! by Freddy & Francine

Budget on I Am Afraid to Die! by Freddy & Francine

If You Want Me on Gung Ho by Freddy & Francine

Mama on The Forest and the Sea by Freddy & Francine