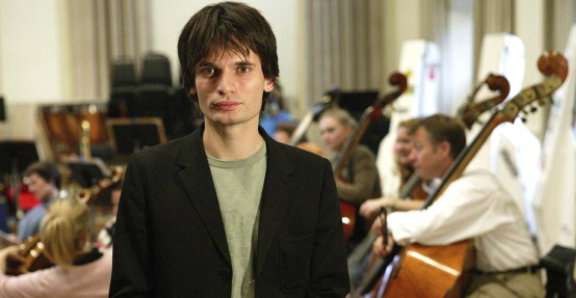 Jonathan Richard Guy "Jonny" Greenwood (born 5 November 1971) is an English musician and composer best known as the lead guitarist and keyboardist of the alternative rock band Radiohead. Noted for his aggressive playing style, which features heavy use of effects, melodic arpeggios - often played in unusual time signatures - and unique use of noises and feedbacks, especially after the OK Computer era, Greenwood is consistently named as one of the greatest guitarists of all time.

House of Woodcock on Phantom Thread by Jonny Greenwood

No Other Love - feat. Jo Stafford on The Master: Original Motion Picture Soundtrack by Jonny Greenwood

For the Hungry Boy on Phantom Thread by Jonny Greenwood