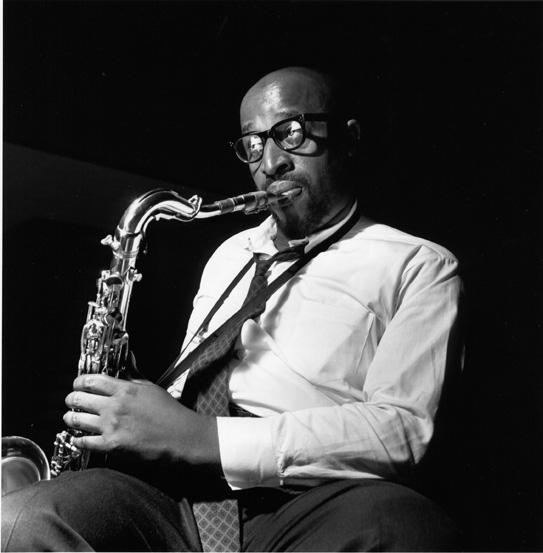 Yusef Lateef (born October 9, 1920, Chattanooga, Tennessee, USA - died December 23, 2013, Amherst, Massachusetts, USA) was an American jazz multi-instrumentalist, composer and prominent figure among the Ahmadiyya Muslim Community in America, following his conversion to Islam in 1950. Although Lateef's main instruments were the tenor saxophone and flute, he also played oboe and bassoon, both rare in jazz, and also used a number of non-western instruments such as the bamboo flute, shanai, shofar, xun, arghul and koto. Yusef Lateef had an inquisitive spirit and was never just a bop or hard bop soloist. Lateef, did not care much for the term "jazz", consistently creating music that stretched (and even broken through) boundaries. A superior tenor saxophonist with a soulful sound and impressive technique, by the 1950's, Lateef was one of the top flutists around. He also developed into a talented jazz soloist on the oboe, was an occasional bassoonist, and introduced such instruments as the arghul (a double clarinet that resembles a bassoon), shanai (a type of oboe), and different types of flutes. Lateef played "world music" long before the term was coined.