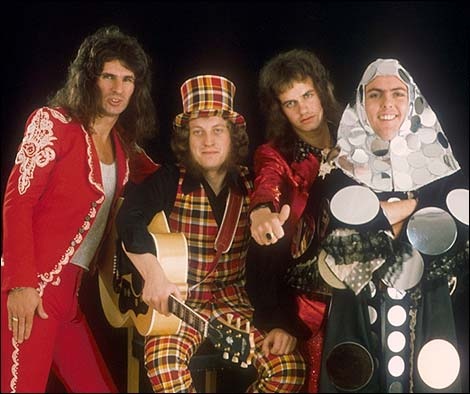 Slade (originally known as The N'Betweens and now Slade II) are an English glam rock band from Wolverhampton/Walsall. They rose to prominence during the early 1970s with 17 consecutive top 20 hits and six number ones. The British Hit Singles & Albums names them as the most successful British group of the 1970s based on sales of singles. They were the first act to achieve three singles enter at number one; all six of the band's chart-toppers were penned by Noddy Holder and Jim Lea. Total UK sales stand at 6,520,171, and their best-selling single, "Merry Xmas Everybody", has sold in excess of one million copies.